Results of the "World Cup in hand-to-hand fighting 2021"

Today, November 13, the " Hand-to-hand fighting World Cup 2021", which was held in Russia for the first time, ended. On this day, 10 final fights took place. 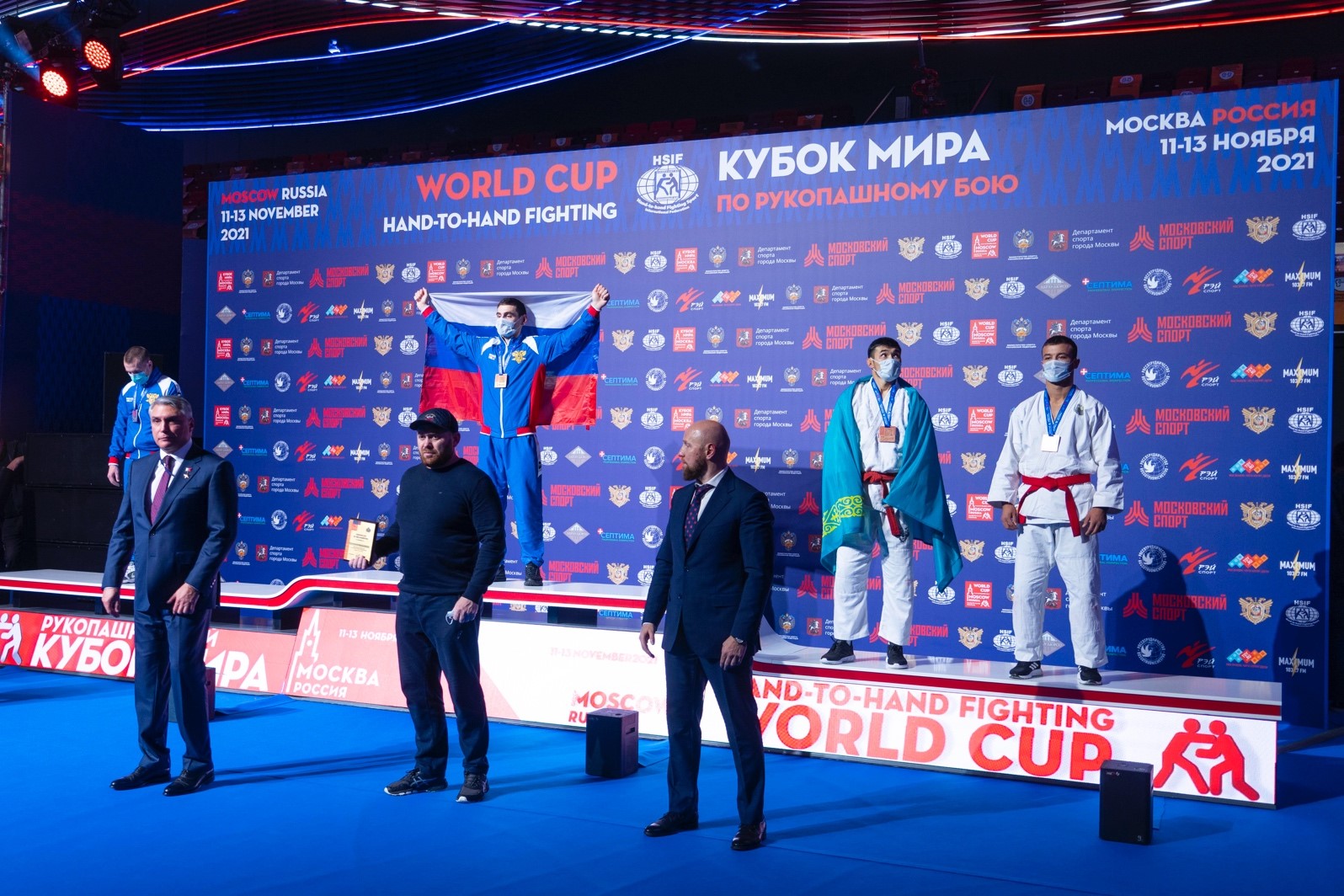 Among women in the 55 kg weight category, Maftuna Kuvandikova from Uzbekistan became the title holder.

The lightweight champion was Kamoliddin Boymirzoev from Tajikistan. Shahboz Tursunov (Uzbekistan) became the champion in the 60 kg category. In the 65 kg category, Sauran Arapbay from Kazakhstan won the final fight.

In the 70 kg category, we watched the Russian final: Azamat Somgurov fought with Iaroslav Abramov. Somgurov won the victory. The title in the category of 75 kg was won by Russian Temirkhan Hasanov. The champion of the 80 kg category was the representative of Uzbekistan Ogabek Kodirov. In the 85 kg category, Aibek Sametayev from Kazakhstan became the winner of the cup. The winner of the 90+ category is Nikolai Kiselev. In the absolute category, the final fight was won by Jesse Jay Smith (USA).

Buy
Attention: this event is for those aged 12 and older.